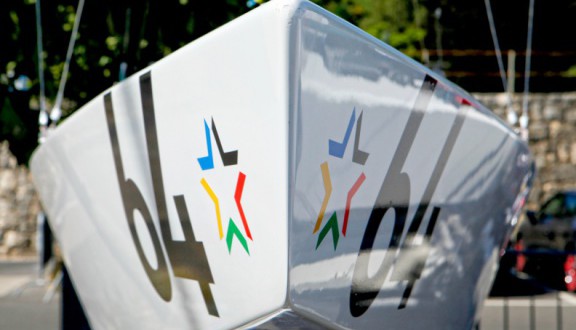 Hosted by the Norddeutscher Regatta Verein located right in the city of Hamburg, the first ever SSL City Grand Slam is set to be the greatest sailing event ever staged in the German City. 90 teams from all over the world will be vying for victory on the tight confines of lake Alster, known as the ‘living room’ of Hamburg. The lake is surrounded by park land, restaurants and bars and the atmosphere in Hamburg, Germany’s renowned maritime city, will be fantastic! Over 100,000 fans tuned into the SSL Finals in Nassau, Bahamas last December and race fans can watch every tack and gybe from Lake Alster this May. Here are ten reasons to tune in.

While some sailing programmes and live racing coverage are pay per view. Every race including the final knockout day of the SSL City Grand Slam is live and free to access from any country. http://live.starsailors.com/

With over 20 World and Continental Champions and five Olympic medalists, as well as the best German Star Sailors, the standard of the competition will be incredibly tough. Lake Alster is a very confined race area, be prepared for exciting starts, high drama at every mark rounding and thrilling finishes.

Full coverage of all the action will be streamed live on the internet with expert commentary from special studio guests with no commercial breaks. On the water, the latest in hi-tech camera technology, as well as Virtual Eye 3D Graphics, will provide thrilling viewing. 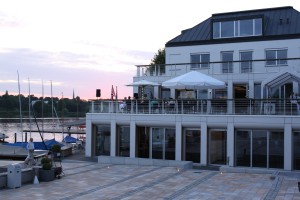 Marvel at Virtual Eye’s 3D Grammy Award Winning Graphics and host presenter Digby Fox’s take on Hamburg in his commentary. Hamburg is considered to be Germany’s capital city for media, design and music. After New York and London, Hamburg is the world’s third largest musical metropolis. Hamburg’s architecture is a fusion of exciting contrasts and has a proud seafaring history, nicknamed “The Gateway to the World”. The Cafes and Bars and Gardens along the shores of Lake Alster will be cheering on their favourites.

After the qualifying rounds, the SSL City Grand Slam becomes a knock-out competition with single races deciding who survives and who is heading for the dock. The last four teams will contest a thrilling final day, the first to finish will be the champion of Hamburg!

6 – Interviews with the Stars

Dockside interviews with the stars of the SSL City Grand Slam as well as live interviews with the teams on the water immediately after racing. Some of the world’s top sailors will be sharing their expertise and explaining the thrill of the action within minutes of crossing the finish line.

The tight confines of Lake Alster and the shifty wind conditions are bound to cause some upsets. Watch as the top professionals “Goliaths” take on the local “Davids” that know the race like the back of their hand.

Race fans can contact the commentary team and pose their questions to the stars of the SSL City Grand Slam. Through Virtual Regatta, thousands of Armchair Admirals race play along side the professionals. 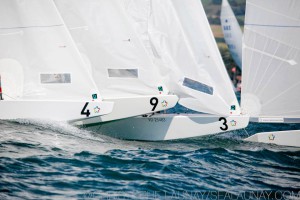 The Prize Purse for the SSL City Grand Slam is 100,000CHF with the winners taking home 40,000CHF. The tension in the four boats final is amazing and the fight for victory is spectacular!

The first City Grand Slam is only one piece of the puzzle. Watch it to see who is getting points to add to ISCYRA regattas throughout the year to access to the SSL Finals in December in Nassau, Bahamas. Winning the SSL City Grand Slam will almost surely guarantee access to the SSL Finals, to compete with the best of the best Sailors from different classes and run for even a bigger prize pot of 200,000CHF.