At the initiative of the world’s best sailors, an international circuit of regattas for the promotion of sailing athletes was launched in January 2013. Under the name of “Star Sailors League” (SSL), the event comprises all the regattas contested in the Star Class (200 per year) and proposes a unified world Ranking modelled on the “ATP World TourTM” created by tennis players in 1972.

Like in tennis, the SSL distributes prize money to its athletes and plans to organise 4 Grand Slams and 1 Grand Final by the years 2020-2022.

Since 2013, the growing concept has already allowed the organisation of 1 Final each year. In 2015, along with the SSL Finals organised in Nassau from the 2nd to the 6th of Decembre, the SSL will launch the first Grand Slam in the history of sailing under the name « SSL Lake Grand Slam ».

What they say about the SSL

The Star Sailors League has one of the biggest ranking of the sailing world. It’s the only one, which rank Skipper and Crew separately. The ranking is updated weekly as his big brother the ATP Ranking.

More informations on rules and regulations for the ranking: English / Français 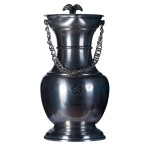 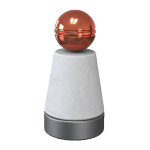