The Star Sailors League (SSL) is an international regatta circuit designed to promote the athletes and the sport in an innovative and simple format. The action kicks off with three days of regatta-style qualifying races. 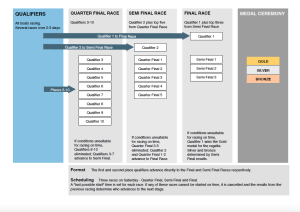 Lars Grael, Diego Negri and Augie Diaz spoke freely about the differences in tactics and strategy between big fleet racing and SSL style knock out racing.

President of the International Star Class, Lars Grael, is the reigning Star World Champion having won in Argentina with his fellow Brazilian crew Samuel Goncalves.

“My own personal opinion is that I prefer the traditional style of Star racing, which is one long race each day. This puts less emphasis on the start and more on adjusting the boat, sail trim and the whole strategy. However on the other hand, the Star Sailors League has brought new blood, new ideas to yacht racing and not only for the Star Class. This new format of many races a day with qualifying rounds, knockout racing, and final. It is a kind of format which is very good for media and to understand the sport of yachting. 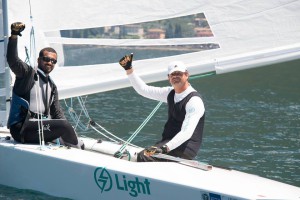 I appreciate what the Star Sailors League is doing: they are promoting the Star Class with excellent regattas, like the Finals in Nassau, where famous VIPs, from other disciplines in the sport, race together with top Star sailors. Also the City Grand Slam in Hamburg, where amateur sailors are racing against top professionals, it is very healthy for the sport to see young people and amateur sailors racing against World and Olympic champions, plus the racing will be in the heart of a major city with lots of visibility for spectators in Hamburg and many more on the internet.”

Diego Negri’s recent results with fellow Italian, Sergio Lambertenghi have resulted in a third place ranking for both men in the Star Sailors League with Negri holding the first place for an entire year: July 2014- July 2015. The team were second and third at the last two Star World Championships and will be competing at the SSL City Grand Slam. 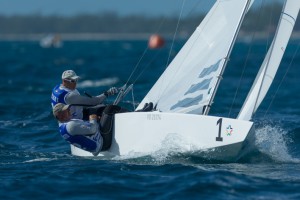 “I came into the Star from the Laser, so I am very used to the shoulder to shoulder situations – commented Diego Negri – The real importance of the SSL qualifying rounds, with big fleet racing, is to get into the knock out stages. It is important not to be too focused on the top competition but to try to use the opportunity to understand the racing area. It is the stage of the competition where you should get use to the environment and the conditions. That all changes in the knock out stages, as I have found out; you have one bad race and you are out of the competition. In fleet racing you are looking to have good average results and then perhaps in the knock out stages you will decide to take a few more risks. There is always lots of room on the race course, so you can change your position much more easily. It is not until the final that you are trying to win. Even in the knock outs before that the goal is to make the cut not to be first to cross the line.”

Augie Diaz is ranked fifth in the Star Sailors League and will be competing in the SSL City Grand Slam with No.1 ranked crew, Bruno Prada. In 2013 Augie won his Silver Star at the western Hemisphere Championship, in 2014 he narrowly missed wining the Star World Championship, having led going into the final race and in 2015 Augie was runner up in the Star European Championship. 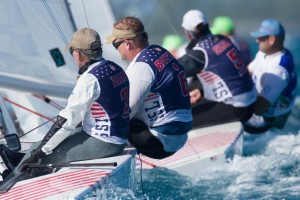 “I am mostly a big fleet type of sailor, and I am more comfortable in that sense. In the SSL small fleet single race knock out, you do modify your tactics in that you are not trying to win the race. Initially you are looking to be in the top eleven, then top seven and top four to get into that final. So you modify your tactics by becoming a little bit more conservative. In Grandson for the SSL Grand Slam, I actually didn’t do this and paid the price of not making the final. In the semi-final we were in a good position and on a shift I tacked away from the group, when I should have just stayed where I was and we would have made it into the final. The knock out system produces different racing and it is a lot of fun, I think that the Star Sailors League has produced a very good format.”

At the SSL City Grand Slam, hosted by Norddeutscher Regatta Verein in Hamburg, Germany, over 90 teams will be competing from 18 different countries. With many Olympic medallists and Star World Champions racing, the action will be fantastic!